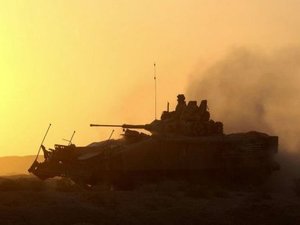 Nine Afghan police were killed in an insurgent attack that authorities said Thursday was believed to have been facilitated by a fellow officer and suspected Taliban infiltrator.

The attack in the southern province of Uruzgan late Tuesday follows a wave of incidents in recent weeks in which members of the Afghan security forces have turned their weapons on their NATO and U.S. allies.

Six American soldiers, two of them senior U.S. military advisers, were killed by their Afghan colleagues last month as the country was gripped by anti-U.S. riots over the accidental burning of the Koran at a military base.

In Uruzgan, the rebels broke into the police post and opened fire on nine sleeping officers, killing all of them, local CID chief Gulab Khan told Agence France Presse.

"Nine police are dead. There were 10 people in the post, we believe one of the police led the Taliban into the post and while everybody was sleeping they opened fire and killed nine police," he said.

"The 10th person has disappeared and he's believed to have gone with the Taliban after the killings," Khan added.

The Taliban, a militant group waging an insurgency against the Western-backed government of President Hamid Karzai, claimed the attack but gave a different account.

The group's spokesman, Yusuf Ahmedi, telephoned AFP from an unknown location to say the officers were captured and later executed.

The Taliban campaign is mostly focused on the use of suicide attacks and improvised explosive devices. On Thursday, a roadside bombing wounded seven police and four civilians in the eastern city of Jalalabad, authorities said.