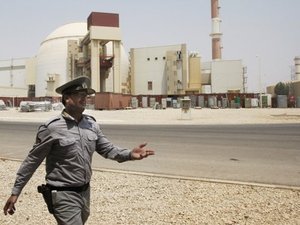 World powers said Thursday that mooted upcoming talks with Iran focused on its nuclear program must be "serious", without pre-conditions and produce "concrete results."

"We call on Iran to enter, without pre-conditions, into a sustained process of serious dialogue, which will produce concrete results," said a statement on behalf of the United States, China, Russia, France, Britain and Germany, known as the P5+1.

They added that their readiness to negotiate was "on the understanding that these talks will address the international community's long-standing concerns and that there will be serious discussions on concrete confidence building measures."

The statement was read out by China's envoy to the U.N. atomic watchdog, the International Atomic Energy Agency, at a closed-door regular board meeting at its Vienna headquarters.

On Tuesday EU foreign policy representative Catherine Ashton said on behalf of the six powers that they were ready to hold talks with Iran. It remained to be agreed where and when the negotiations would be held.

The last round, which took place in Istanbul, Turkey in January 2011, broke down, according to Western diplomats, over Tehran's demand to discuss "preconditions" before honing in on the nuclear dispute.

Ashton said in a letter to Iran's chief nuclear negotiator Saeed Jalili that the powers did not want to "repeat the experience of Istanbul" and that the dialogue "will have to focus" on the "key issue" of Iran's nuclear program.

Iranian parliamentary speaker Ali Larijani warned that the talks would fail if they were used to "pressure" Tehran.

The White House said Wednesday that in the talks Washington "will demand that Iran live up to its international obligations -- that it provides verifiable assurances it is not pursuing a nuclear weapon."