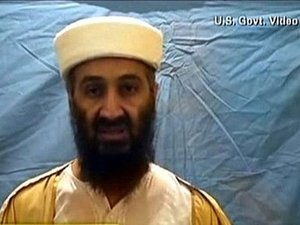 Pakistan has charged Osama bin Laden's three widows with illegal entry, Interior Minister Rehman Malik said Thursday, without saying when it had done so or when a trial would begin.

Pakistan took the al-Qaida chief's wives -- two Saudis and a Yemeni -- and around 10 of their children into custody after U.S. Navy SEALs killed him at his house in the Pakistani garrison town of Abbottabad on May 2, 2011.

"The case has been registered only against the adults," Malik told reporters in the capital Islamabad. "They can have a lawyer and they have full liberty to go to court and defend themselves," he added.

Malik said bin Laden's children were being kept in a five-bedroom house "with proper facilities as if they were in their own home" but that they were free to return to their native countries if their mothers agreed.

A commission probing how bin Laden lived undetected for years in Pakistan investigated his widows and daughters and took statements from them last year.

Pakistan had not previously indicated any restrictions on the women leaving the country. The investigating committee said late last year that it had no further need to speak to them, giving the green light to their repatriation.

When they were detained 10 months ago, the government said they would be handed over to their countries of origin "as per policy".

The interior minister did not specify what punishment the widows could be liable to receive.

Chaudhry Zulfiqar Ali, a lawyer working with the Federal Investigation Agency that registered the case, told Agence France Presse that the maximum sentence was 10 years in jail and a fine of up to 10,000 rupees ($110).

According to an interview with bin Laden's Yemeni brother-in-law published in British newspaper The Sunday Times, the al-Qaida leader urged his younger children to go and live peacefully in the West and get a university education.

Zakaria al-Sadah, told the newspaper that in November he had seen his sister, bin Laden's fifth wife, Amal, for the first time since she was shot in the knee during the raid, and was allowed to have several meetings with her.

He said the three wives and nine children who were in the compound -- some are bin Laden's children and others are his grandchildren -- have been held for months in a three-room flat in Islamabad.

They are guarded by Pakistan's Inter-Services Intelligence (ISI) spy agency, he said.

Alongside the article last month, The Sunday Times published what it said was the first photograph to show some of the young children from the compound: two sons and a daughter, and two grandsons and a granddaughter.

The children were still traumatized after seeing the raid in which bin Laden died, al-Sadah said.