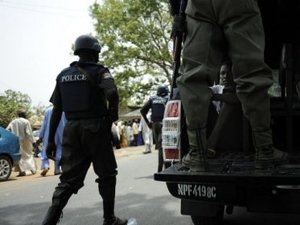 A Briton and an Italian taken hostage in northern Nigeria were apparently killed by their captors before the men could be rescued in a military operation Thursday, Britain's prime minister said.

"We are still awaiting confirmation of the details, but the early indications are clear that both men were murdered by their captors, before they could be rescued," David Cameron said in a statement.

Cameron said credible information had been received about the location of Chris McManus and his 48-year-old Italian colleague Franco Lamolinara, who were seized by gunmen in May 2011.

"A window of opportunity arose to secure their release," Cameron said.

"Preparations were made to mount an operation to attempt to rescue Chris and Franco. Together with the Nigerian government, today I authorized it to go ahead, with UK support," he added.

"It is with great regret that I have to say that both Chris and Franco have lost their lives."

Cameron gave no indication of whether the men were killed as their would-be rescuers closed in on their location, or whether they had died at an earlier stage.

The two hostages had been held by "terrorists", he said, who had made "very clear threats to take their lives".

Agence France Presse received a first video showing McManus and Lamolinara in August. In the footage, both men said their kidnappers were from al-Qaida.

In a second video received by a Mauritanian news agency and seen by AFP in December, masked gunmen threatened to execute McManus if their demands were not met.

The Mauritanian agency claimed that the captors belonged to a Nigerian group inspired by al-Qaida.

Cameron did not specify the identity of the kidnappers.

The Italian government also confirmed that the two hostages, who had worked for the Italian construction company Stabilini Visinoni, were dead.

McManus' family said in a statement: "We are of course devastated by the news of Chris' death which we received earlier today.

"We knew Chris was in an extremely dangerous situation. However we knew that everything that could be done was being done."

The men were kidnapped by gunmen who stormed their apartment in the city of Birnin Kebbi, capital of Kebbi state in northwest Nigeria, near the border with Niger.

They had been helping to build a bank in the city.