ArabNet: 2011 Set to Be the Year of the Arab Entrepreneur 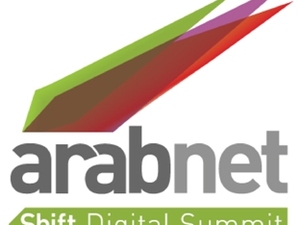 ArabNet, the largest conference for the Arab web industry is to bring together over 1,000 Arab web business leaders, investors, mentors and start-ups. The four-day event takes place in Beirut on March 22-25 under the Patronage of H.E. General Michel Suleiman, President of Lebanon and in collaboration with the Central Bank of Lebanon.

The event is set to play host to over 80 speakers from leading companies in the region and from around the world, bringing together the region’s top executives, entrepreneurs, developers, and investors to cover the industry’s latest trends.

The head of the team organizing the four-day regional conference for the Arab web industry, ArabNet, has said that he believes 2011 “Will be the year of the Arab entrepreneur.”

Omar Christidis pinpoints a new wave of optimism and a desire among young people to take control of their future as key factors in the rise in entrepreneurialism across the region. Christidis and the ArabNet team recently took to a bus to travel around the Arab World and run workshops for over 1,500 potential start-up entrepreneurs around the region.

“Entrepreneurs around the region have showcased and shared brilliant ideas,” Said Christidis. “It’s safe to say, the will, the talent and the funding are all definitely there. ArabNet is aiming to bring the three together.”

In its first of-its-kind initiative, the ArabNet team traveled through Lebanon, Syria, Jordan, Saudi Arabia, Qatar, the UAE, and Egypt.

The trip took three weeks, and was organized under the banner of "Entrepreneurs without Borders” with the Strategic Partnership of Bank Audi, Aramex, Google, N2V and MBC Group Participants were given the opportunity to connect with and learn from lawyers, investors, experienced entrepreneurs and business leaders from their communities.

Workshops were live-streamed and the team blogged, tweeted, videotaped and photographed the entire journey on the web, eliminating physical and virtual barriers to participation and allowing everyone to be part of the event in order to build a broader sense of community among the different cities they visited.

“It is critically important that we take this opportunity to harness this wave of innovation and optimism, to sift out the best ideas and truly get behind them with the financial support and an ecosystem that lets the best of these many ideas thrive and flourish. That’s one reason why ArabNet is working to sponsor thirty of the top new ideas we encountered during the ArabNet Roadshow.” said Christidis.

The four day summit is split up into three parts: the Developer Day (March 22nd), aimed at technical case studies for engineers, the two-day ArabNet Forum (March 23-24) for business leaders and entrepreneurs, and a Community Day (March 25) aimed at raising awareness about web and the role of digital entrepreneurship among the general public.

The summit will also include ArabNet’s annual competitions: the Ideathon and Startup Demo.

The Ideathon aims at turning bright ideas into functional products. Selected finalists from around the region will be given the chance to present their idea in two minutes in front of investors, incubators, and developers. The top three ideas (selected from hundreds of qualified entries from around the region) will receive big cash prizes and support in building prototypes of their ideas!

The Startup Demo supports early-stage startups and helps them grow their business. Selected startup entrepreneurs will be given 5 minutes on stage to showcase their product and convince the audience and judges of its market potential. The startups will be given exhibition spaces during the conference, where they can network with investors, executives and media to build the relationships they need to help them grow.

“We anticipate the rise of the Arab entrepreneurs and believe that ArabNet will assist in leveraging the numerous ideas emerging from the region.” Added Christidis.