Indonesia on Brink of FIFA Sanctions 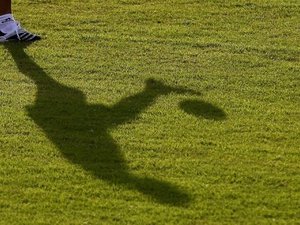 Indonesia's troubled football association said Tuesday it would try and resolve a crisis in its top-tier competition, with a deadline imposed by FIFA just one week away.

FIFA gave the association (PSSI) until March 20 to resolve a string of problems triggered by the revival of an unofficial breakaway elite league, which split the country's best clubs over two competitions.

The PSSI will meet Wednesday with clubs competing in the unofficial Super Liga to try and convince them to dissolve the competition and recognize the registered Liga Prima.

"I don't want to make any assumptions of what we're going to achieve on Wednesday, but hopefully those clubs will run along home," PSSI deputy chairman Farid Rahman told Agence France Presse.

The PSSI has been mired in corruption scandals and leadership battles for years, and suffered its latest blow last month when the national team was thrashed 10-0 by Bahrain in an Asian zone 2014 World Cup qualifier.

FIFA has launched an investigation into the match, in which Bahrain needed to win by a nine-goal margin to have any hope of making the next round of qualifiers.

Indonesia's goalkeeper was sent off two minutes into the match and Bahrain was awarded four penalty kicks.

Indonesia fielded a weak team against Bahrain as FIFA disallows members from unofficial leagues from competing in international matches, forcing the PSSI to omit Super Liga star players from the national team.

Indonesia's sports ministry is singing FIFA's tune, recently threatening to pull funding from the national team unless the elite league problem is resolved.

The ministry allocated more than $2 million to the team in 2011 and had proposed over $4 million this year, which is yet to be disbursed.

"They haven't cut the funding yet, so we are still going to submit our funding requests to support our next program and we'll see whether they're serious in their threats," Rahman said.

A number of businessmen led by oil tycoon Arifin Panigoro said they will help fund the team should the ministry follow through on its threats, the PSSI said.

The PSSI will hold an extraordinary meeting Sunday to elect new leadership and come up with a strategy ahead of FIFA's deadline.

Officials of the breakaway Super Liga take no responsibility for the elite league problem, blaming PSSI leadership for the state of Indonesian football and the loss to Bahrain.

"The PSSI is the one responsible for the big mess. We want reform so that the big loss with Bahrain that humiliated this country won't never ever happen again," Super Liga official Syahril Taher said.

FIFA reminded the PSSI in a letter ahead of the match that Indonesia must field its "best possible team in all matches of the competition" and "observe the principles of fair play".