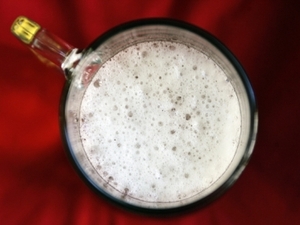 Qatar is refusing to say whether it will sell alcohol at stadiums during the 2022 World Cup, although a top official said Wednesday he didn't see the reason for selling it at matches.

Hassan al-Thawadi, general secretary of the Qatar 2022 Supreme Committee, said it was an issue that will be discussed with FIFA over the years. He only would say the country was aiming to put on an event where "everyone will be able to have a great time, have fun and be exposed to Qatari culture."

Qatar, a nation with conservative Muslim traditions but which has a significant population of foreign workers, limits the sale of alcohol mostly to five-star hotels. It doesn't sell alcohol currently at football matches.

"I don't see the reason for it being in the stadium," said al-Thawadi, who noted that several nations including Brazil don't currently sell it at matches. "I'm looking at it in terms of England and looking at in terms of everybody else. That is something we are discussing with FIFA ... Let's discuss this with relevant stakeholders and come up with a plan that welcomes everyone."

The issue of alcohol sales in stadiums is not limited to Qatar. It became a hot topic a few months back when FIFA sparred with Brazil over sales at the 2014 World Cup, insisting it wasn't an issue for debate.

Existing Brazilian law forbids alcohol sales inside stadiums during football matches to cut down on fan violence, but a World Cup ban would upset some of FIFA's sponsors.

FIFA has said it will sharply defend the commercial rights of all its sponsors — among them brewer Anheuser-Busch InBev, the maker of Budweiser, which has extended its sponsorship of the World Cup through the 2018 edition in Russia and the 2022 event in Qatar.

After a lengthy debate, a Brazilian congressional commission approved a World Cup bill earlier this month which will allow the alcohol sales in stadiums during the tournament. The bill still has to go through the lower house and the senate before reaching President Dilma Rousseff.