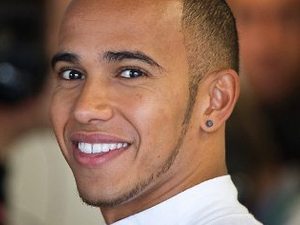 McLaren's Lewis Hamilton is looking forward to a "fresh start" in the new Formula One season after being hit by problems on and off the track last year.

The 27-year-old Briton says he is aiming for a more focused approach than 2011, when he was distracted by relationship problems with his pop-star girlfriend and also changed his management set-up.

"I feel great. I'm very happy to be here. I'm excited for the new season -- it's a fresh start," he said on Thursday before this week's season-opener, the Australian Grand Prix in Melbourne.

"The team has been working hard to prepare us a car to fight with and I'm in fighting shape."

The 2008 champion repeatedly clashed with Ferrari's Felipe Massa last year in a forgettable season which he finished fifth, well back from second-placed team-mate Jenson Button.

But Hamilton said he had realized how lucky he was to be an established driver in the high-profile sport.

"I've just got to keep my head down and stay focused on one goal," he said. "I still feel quite privileged to be here in F1," he said.

"I'm constantly having to pinch myself that I'm still able to be here. I'm very happy. I'm in a good place."

Hamilton is expected to benefit from closer management this year under the wing of Didier Coton, a Formula One specialist who previously shepherded two-time champion Mika Hakkinen.

He had been guided by his father, Anthony, until last year, when he switched to glamorous XIX Management, which represents football star David Beckham and a host of pop singers.

Hamilton said it was hard to make predictions about the year's first race, as teams feel their way with new cars, but expected McLaren to be "there or thereabouts".

"I'm not expecting anything. I would like that to be the case, but whatever the car (we have) we're going to be working as hard as we can to get to the top and do the best with what we have," he said.

"It would be silly to have any expectation and then say we are definitely going to be on the front row, because we might find out in the next couple of days we're not the quickest and we'd look silly.

"I'm not sure where we lie, but I think we're there or thereabouts."

His teammate Button was also unsure about McLaren's prospects, and warned that Sunday's race would prove only a limited guide for the season ahead.

"We do all the hard work in winter testing and then we all get very excited about coming here," Button said.

"I always enjoy driving around Albert Park and it's nice to come here after a good winter. I don't know where we are, but I'm excited about getting going."

"It (the year's first grand prix) is not as important as you probably think," he added. "It's about the consistency throughout the year."