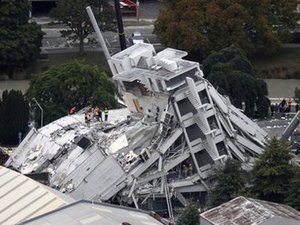 Lebanon’s ambassador to Australia said there were no Lebanese victims in the deadly earthquake that struck one of New Zealand's largest cities on Tuesday.

The foreign ministry said Wednesday that Ambassador Jean Daniel informed it that no Lebanese were injured or missing in the quake that hit the city of Christchurch.

The statement also said that the ministry was closely following the condition of the Lebanese in Libya, Cairo, Tunis and Alexandria.

The ministry asked the Lebanese charge d’affaires in the Libyan capital, Nazih Ashour, to facilitate the process of granting passports to Lebanese wishing to return to Beirut from the strife-torn country, the statement said.

It added that around 20 Lebanese citizens left Libya on Tuesday on board a Syrian plane.