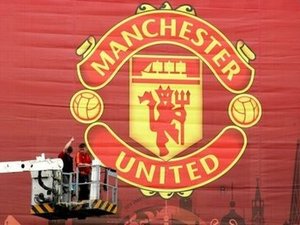 Manchester United's American owners insisted the club was not for sale on Friday, following recent speculation of a mammoth offer from the Qatar Royal family.

In a statement released alongside the club's second quarter financial results, the Glazer family said they remained "fully committed" to the long-term future of the English Premier League giants.

"The board notes recent press speculation regarding a possible bid for Manchester United," said the statement.

"The owners remain fully committed to their long-term ownership of the club.

"No discussions have taken place, Manchester United is not for sale and the owners will not entertain any offers."

British media have recently reported that an investment group controlled by the Qatari royal family had held discussions with the Glazers over a possible takeover of the club.

The Sunday Times reported in January that talks broke down because the Glazers had asked too much from Qatar Holding, who were unwilling to pay more than 1.5 billion pounds (1.7 billion euros, 2.4 billion dollars).

Other reports have indicated that United's owners would be willing to sell if the price increased to 1.8 billion pounds, more than double the price the Glazers paid for the club in 2005.

A source close to the Qatar Investment Authority (QIA) earlier told Agence France Presse that the Qatari royal family was not looking to invest in a European football club despite rumors to the contrary.