18 Killed, 14 Wounded in Blast at Revolutionary Guards Base 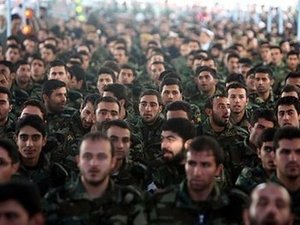 Eighteen people were killed in a fire at an ammunitions store in a Revolutionary Guards base in Iran, the Fars news agency quoted a commander of the elite force as saying Wednesday in the latest toll.

"In yesterday's explosion at one of the Guards' bases in Lorestan (in western Iran), 18 people were killed and 14 wounded," commander Yadollah Bouali said.

He said some of the casualties in Tuesday's blast were workers at the base but did not specify whether they included members of Guards.

On Tuesday, Bouali said the explosion hit when fire spread to the munitions store at the base near the provincial capital Khorramabad.

Iran's Arabic-language Al-Alam television on Tuesday cited a military source it did not identify as saying that "some soldiers" were among the dead at the Imam Ali base.

The Revolutionary Guards have emerged as a powerful military and economic force in Iran in recent years, especially under the presidency of Mahmoud Ahmadinejad.

The force was set up after the Islamic revolution of 1979 to defend the revolution against internal and external threats.

The Guards were heavily involved in the government's crackdown on opposition protests that erupted after last's year disputed presidential election results which gave Ahmadinejad a second term.

The force and some of its industrial wings have been targeted by UN sanctions imposed on Iran for pursuing its controversial nuclear program.(AFP)