Barak: Syria Might be Willing to Make Peace Deal 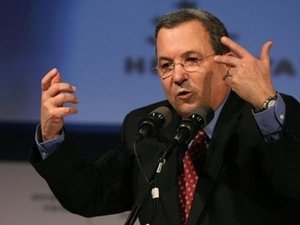 Israel's defense minister said Monday his country must look beyond the risks that might arise from the changes sweeping the Mideast and seek opportunities to move peacemaking forward — including possible peace talks with Syria.

Defense Minister Ehud Barak told Israel Radio that Syria appears to be signaling it might be willing to reach an accord.

If Syria is serious, Barak said, Israel will be ready to engage in dialogue.

Barak also told Israel Radio that he does not see a radical Islamist movement arising in Egypt at this point or an immediate military threat to the Jewish state coming from Egypt.