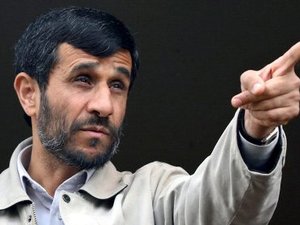 Iranian President Mahmoud Ahmadinejad said on Monday that weapons manufactured and delivered to "dictators" by the United States were killing protesters in uprisings around the Arab world.

The hardliner said that the United States and its allies must be blamed for imposing dictatorships on regional countries now in the grip of deadly revolts.

These "dictators who are killing their own people are incapable of manufacturing even simple things and they are killing their people with weapons they bought from America and its allies," the Fars news agency quoted Ahmadinejad as saying.

"The American government and its allies should be held accountable for imposing dictatorships on these nations in the past 30 to 40 years... and they (Western officials) are now claiming that they are supporters of people and democracy."

Iranian officials have expressed support for the wave of protests that began in Tunisia and Egypt and have spread around the region, now threatening longstanding regimes in Libya, Yemen and Bahrain.