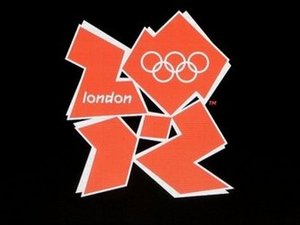 Iran have protested against the already controversial logo of the 2012 Olympic Games, saying the emblem is racist and spells the word "Zion," the ILNA news agency reported on Monday.

But Mohammad Aliabadi, head of the National Olympic Committee in the Islamic republic, said the logo was undermining the event and accused the British organizers of indulging in "racism," ILNA reported.

"Unfortunately, we all are witnessing that the upcoming Olympics ... faces a serious challenge, definitely spawned out of some people's racist spirit," Aliabadi said in a letter to International Olympic Committee (IOC) president Jacques Rogge.

"The use of the word Zion by the designer of Olympics logo ....in the emblem of the Olympics Games 2012 is a very revolting act," he added, warning that if Rogge did not act the logo would "affect the participation of several countries, especially like Iran which insists on following principles and values."

Zion is a biblical term which often refers to the city Jerusalem.

London 2012 Olympic Committee head Sebastian Coe unveiled the logo in June 2007 to an immediate barrage of public criticism that it was hideous and a waste of money.

Organizers have defended the logo, saying it is "modern, bold, flexible" aimed at reaching out to youngsters.