Bucks Step up Playoff Drive with Win over Wizards 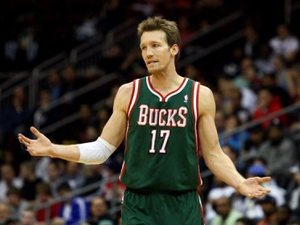 The Milwaukee Bucks gave their playoff hopes a boost by routing the Washington Wizards 112-98 Monday behind an attack led by Monta Ellis and Mike Dunleavy, who scored 17 points each.

Brandon Jennings finished with 10 points, seven assists and six rebounds, while Ersan Ilyasova had 16 points and 11 rebounds for Milwaukee, a team that is two games behind New York for the final playoff spot in the National Basketball Association's Eastern Conference. New York did not play Monday night.

A half dozen players finished in double figures for the Bucks, who won for the third time in their last four games.

Jordan Crawford scored a game-high 23 points, and Kevin Seraphin added 15 for Washington, who lost their seventh game in the last eight.

Washington came out with plenty of spark, scoring 11 of the first 17 points of the game.

But Milwaukee stormed back to take an 18-17 lead, which they would maintain for the rest of the game. The Wizards led 55-47 at the half.

The Bucks biggest lead in the fourth quarter was 23 points.

Milwaukee has now won four straight and 11 or the last 14 contests against Washington.