Vettel Confident of Bouncing back 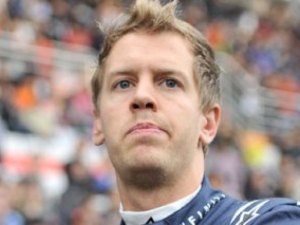 Germany's two-time defending Formula One champion Sebastian Vettel said on Monday his rivals should beware because he would bounce back in the next two Grand Prix' China and Bahrain.

The 24-year-old lies sixth after two races, 17 points adrift of leader Spain's two-time champion Fernando Alonso, having finished second in the opening race in Australia before failing to finish in the points in the rain-affected Malaysian race.

However, Vettel - who were he to defend his world title would be the first driver to win the title three successive times - said he wasn't too concerned by the early season showing of him and his previously all-conquering Red Bull car.

"I'm confident for the next two races (the Chinese GP in Shanghai on April 15 and Bahrain on April 22)," said Vettel, who recently accepted the Sports Academy Grand Prix prize voted by 50 sporting personalities for the most outstanding sporting achievement of 2011.

"We had a good race in Australia and in Malaysia it was a bit chaotic.

"It's a shame I didn't get a point in Malaysia," added Vettel, who moaned after the race that Indian driver Narain Karthikeyan was an idiot after a collision between the two cost him any chance of a points finish.

Vettel, though, said that the season was young and there was plenty to come from him and his car.

"There are a lot of races to come and should be in good shape," he said.

"Today I had a couple of hours in our simulator in order to prepare for China and Bahrain. However, we have to prove it on the circuits themselves."