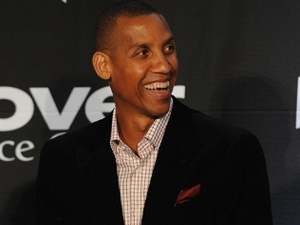 Reggie Miller, who played his entire 17-year career with the Indiana Pacers, was named to the American Basketball Hall of Fame on Monday.

"It's a humbling experience, obviously," Miller said. "To be part of this exclusive club is special. It's a proud day for me."

Miller finished as Indiana's all-time leader with 25,279 points. He recorded the most three-pointers made (320) in NBA playoff history.

"We're very happy as an organization to have one of our own make the Hall of Fame," said Pacers president of basketball operations Larry Bird. "Reggie's career speaks for itself, but he ranks at the top with any player at making end-of-game shots.

"I was fortunate enough to see it first-hand as a coach and his ability and leadership helped drive this franchise to another level. I know he's happy to be put in a class with all of the elite players. It's a great honor."

Nelson, who has been a player, coach and general manager, is one of just two coaches to earn NBA Coach of the Year honors three times. He has more than 1,300 NBA coaching victories and captured five titles as a player with the Boston Celtics.

Wilkes won four NBA titles with Golden State and the Los Angeles Lakers, while Sampson was rookie of the year in 1984 and made the all-star team the next year.