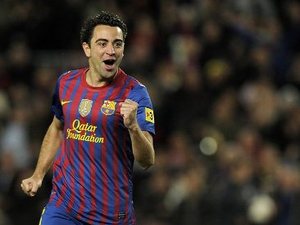 Barcelona playmaker Xavi is a major doubt for the holders Champions League quarterfinal second leg match with AC Milan on Tuesday after he failed to train with the team on Monday.

The 32-year-old is suffering from a calf problem which has been affecting him for a couple of days, according to coach Pep Guardiola.

"It is two days that Xavi has had the problem," said Guardiola.

"We therefore decided not to push him to hard. He will undergo further examinations on Tuesday morning and we will see then whether he can play or not.

"But he is nevertheless in the squad."

Xavi, a pivotal player for his club and country for the past several years, was restricted to just playing the last quarter-of-an-hour of Saturday's 2-0 La Liga win over Athletic Bilbao.

Barcelona - attempting to become the first side to retain the Champions League title since it evolved out of the European Cup in the 1992/93 season - drew 0-0 with Milan in the first leg last week in Italy.