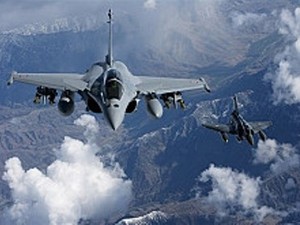 "It would be a military operation," the general said.

The United States and its allies are weighing possible military action, including a no-fly zone, as Libya's Moammar Gadhafi used his forces to crush mounting opposition.

Although Gadhafi's military is badly outgunned by U.S. and NATO aircraft, the regime has dozens of surface-to-air missiles that could shoot down allied warplanes.

As the head of U.S. Central Command, Mattis overseas American forces in the Middle East and the wars in Iraq and Afghanistan.

Officials said earlier the U.S. military was moving air and naval forces near Libya to prepare for a range of options that could include a show of force or more direct intervention.

The West heaped pressure on Gadhafi after loyalists tried to retake a key city near the capital following a show of defiance by the veteran leader the U.S. dubbed "delusional."