S&P Warns of Downgrades on Portugal and Greece 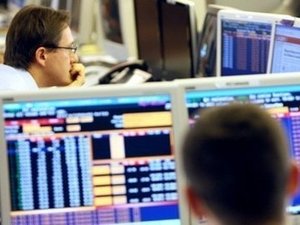 Leading credit rating agency Standard & Poor's has warned that it could further downgrade both Portugal and Greece's debt in the coming two months, depending on the outcome of a crucial European leaders' summit later this month.

The agency said in a report Wednesday that it is maintaining its A- rating on Portugal and its BB+ rating on Greece but has kept both countries on so-called "CreditWatch with negative implications."

Heavily indebted Greece accepted a bailout last year, as did Ireland, and ailing Portugal is widely expected to follow suit even though it managed to raise another Euro1 billion ($1.38 billion) on Wednesday

S&P said it could lower the ratings on both countries within the next two months after analyzing an expected new European bailout mechanism. EU policymakers are set to decide later this month on the key features of the European Stability Mechanism, which is due to replace the current European Financial Stability Facility from 2013.

It said it was unlikely that either rating would be cut by more than two notches. Even if Portugal was downgraded two notches it would still be investment grade, while Greece's debt is junk status already.

Greece accepted a Euro110 billion bailout from its partners in the EU and the International Monetary Fund last May and has some breathing room before it needs to tap bond markets for more cash.

However, Greece needs to see its market borrowing costs fall if it is to tap investors for cash in the months and years to come — investors continue to demand a high premium to lend to it.

Earlier Wednesday, the yield on Greece's ten-year bond spiked over 12 percent once again. That took the spread with benchmark German bunds to over 9 percent — a staggering difference for two countries that use the same currency.

Portugal's financing needs are more immediate as it tries to roll over debts at the same time as the government slashes spending and raises taxes to get public finances into shape. Portuguese Prime Minister Jose Socrates and German Chancellor Angela Merkel are meeting Wednesday in Berlin and the debt crisis is likely to be the main topic of discussion.

The demands are so high that many people think the country will follow both Greece and Ireland in requiring an international financial rescue. That's most evident in the bond markets, where the yield on Portugal's ten-year bonds have remained stubbornly above 7 percent for 19 straight trading days — that's considered potentially unsustainable in the long term.

S&P said Portugal faces a number of financial difficulties at a time when the country is expected to slip back into recession — its external financing needs are still well above 200 percent of its current account receipts for 2011, its banks are heavily dependent on handouts from the European Central Bank and many government-owned businesses face big liquidity pressures.

The agency said the Portuguese government would need to approach its European partners for a bailout this year if it continues to face difficulties raising the financing it needs, partly to avoid an even more severe economic contraction than already forecast.

So far, Portugal is getting by, raising the money it needs but the costs are high.

Earlier Wednesday, it raised Euro1 billion but the interest rates it has to pay remained stubbornly high.

Demand for the longer-term bill was more than three times the amount on offer, while the shorter term loan was oversubscribed 2.6 times.

The 6-month bills went for 2.98 percent, the same as in February.