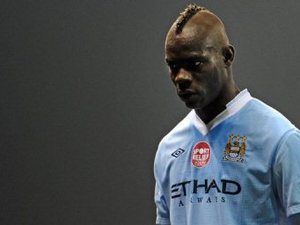 Balotelli, who was given a three-match ban following his sending off for a lunge on Bacary Sagna later in the same game, had faced the prospect of additional punishment for a dangerous, studs-up, shin-high challenge on Song.

But because referee Martin Atkinson saw the incident -- while missing the extent of the challenge -- and chose not to take any action at the time, the FA said they were unable to act retrospectively.

"Retrospective action in relation to the incident involving Mario Balotelli of Manchester City and Alex Song of Arsenal, which occurred in the 20th minute of Sunday's game, will not be taken," the FA said.

"Where at least one of the officials has seen the coming together of players’ retrospective action is not taken, regardless of whether they have seen the full extent of the challenge.