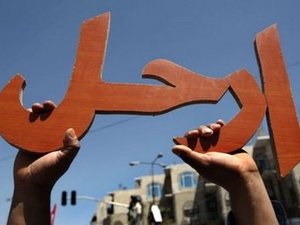 Yemeni opposition groups said Thursday they have offered President Ali Abdullah Saleh plans for a smooth exit from power by the end of 2011 in a bid to end Yemen's spiraling political crisis.

During "a meeting with religious scholars, we've agreed on a settlement proposal including a roadmap for the president's departure before the end of this year," said a statement by the parliamentary opposition spokesman, Mohammed al-Sabri.

The president, in power for 32 years, and whose term ends in 2013, would "decide whether to accept or reject this proposal," said the statement.

Saleh's regime has been rocked by a wave of protests that have killed at least 19 people since February 16, according to an AFP tally based on reports by medics and witnesses.

The veteran leader has repeatedly rejected domestic calls for his resignation. His one concession so far has been to pledge not to seek re-election in 2013, which the opposition dismissed as inadequate.