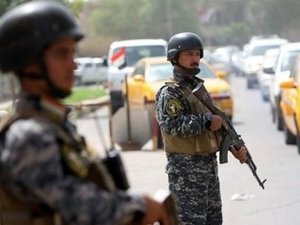 A suicide bomber blew himself up inside a bank in the northwestern Iraqi city of Haditha on Thursday, killing nine people including three policemen, the town's mayor said.

Eight other people, all civilians, were wounded in the midday blast at a branch of the state-owned Al-Rafidain bank in Haditha, 210 kilometers northeast of Baghdad, Mayor Bassim Naji said.

"Nine people have been killed in the suicide attack at Al-Rafidain bank," Naji told reporters.

A police major in the town, speaking on condition of anonymity, said that along with the three policemen, five male civilians and one woman were killed. He said two women were among the wounded.

"The explosion happened at about mid-day when the bank was filled with people," the major said. "The suicide bomber entered and blew himself up among the people."

The blast in Haditha was the first major attack in the town since October 5, 2009, when a suicide bomber killed five people at a funeral. And on August 2 of that year, a car bomb in the town killed four women and three children.

Haditha in the western Sunni Arab province of Anbar was one of several towns along the Euphrates valley that also became al-Qaida strongholds after the 2003 U.S.-led invasion that ousted Saddam Hussein.

Since 2006, however, local Sunni tribes have sided with the U.S. military and unrest has dwindled in Anbar as rebel fighters have been ejected from the region.