Saudi Shiites Call for 'Day of Anger' in Kingdom 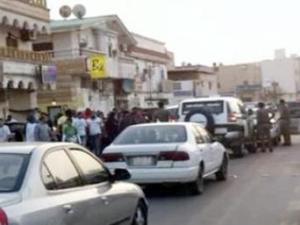 Cyber activists have created a group on Facebook calling for a "Day of Anger" on Friday in the eastern Shiite-majority Saudi region, following the arrest of a Shiite cleric.

The group of more than 500 members is calling for protests after Friday prayers in Al-Hufuf, in Eastern Province's Al-Ihsaa governorate, to demand the release of Sheikh Tawfiq al-Amer.

Amer was arrested after calling for a "constitutional monarchy" in the Sunni-dominated kingdom, according to the Rasid website, which specializes in Shiite Saudi news.

It said that Amer has been held several times in the ultra-conservative absolute monarchy over his calls "for giving Shiites further freedom to exercise their religious rights."

The Shiites, who are mainly concentrated in the oil-rich Eastern Province, and make up about 10 percent of the Saudi population as a whole, complain of marginalization in the kingdom.

The Eastern Province has common borders with Shiite-majority Bahrain, where protests, also organized via social networking site Facebook, against the ruling Sunni dynasty have raged since February 14 demanding reforms.