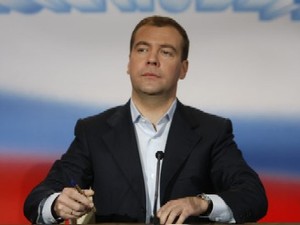 Libya is on the verge of civil war, Russian President Dmitry Medvedev said on Thursday, in one of the starkest warnings yet by a world leader over the situation in the country.

"This is an extreme situation," he told Russia's Emergencies Minister Sergei Shoigu, according to state news agency ITAR-TASS.

"Libya was and is on the verge of civil war and our main task was to save our people there (Russian citizens)," he said, praising the operation to evacuate Russians from Libya.

"During such events (such as in Libya) there is usually a complete disorganization in the management of the state. And this is what we are seeing," he added.