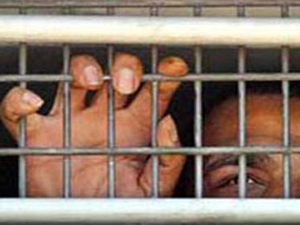 The denial was published in An Nahar daily on Saturday which a day earlier said that the Syrian opposition in Paris accused Lt. Hajj of kidnapping al-Jassem and detaining him in an unidentified location.

The opposition accused al-Hajj, who is in charge of security at the Syrian embassy in Beirut, of handing al-Jassem to the Syrian intelligence or imprisoning him at the embassy, An Nahar said.

The Lebanese army arrested al-Jassem on Feb. 24 in Beirut while he was distributing fliers condemning the Syrian regime, and handed him to the ISF. But he was later released and kidnapped by al-Hajj the same day, the opposition claimed.