Postponed Serie A Fixtures to be Played April 24/25 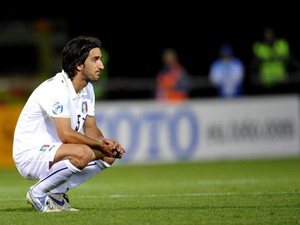 Last weekend's postponed Italian Serie A program will now be played on April 24 and 25, the Italian Football League confirmed on Monday.

It means Italian top flight clubs will all play five times within a two week period starting this weekend.

The 33rd round of matches had been postponed as a mark of respect due to the death Saturday of Livorno's Piermario Morosini during a Serie B encounter at Pescara.

The matches cannot be played on the usual 20.45 kick-off times due to the Barcelona-Chelsea and Real Madrid-Bayern Munich Champions League encounters being played on those evenings.

UEFA rules state that no top flight club matches in Europe can take place at the same time as Champions League football.

Atalanta-Chievo and Cagliari-Catania will both be played on the Tuesday at 18.30 local time with all other matches played on the Wednesday, a national holiday in Italy.

It means that most of the Wednesday matches can be played at 15.00 local time, as happens on Sundays.

The news means that this weekend's program will go ahead as planned.

There had been a speculation that last weekend's 33rd round matches would be played this weekend with the 34th round moved into the following midweek.

However, that was rejected in favor of the simplest solution - to play the 33rd round on April 25, after the 34th round.

However, due to the two matches on April 24, two extra matches have been brought forward from Sunday, April 22 to the day before, to give the teams an extra day's rest ahead of their Tuesday matches.

It all means Italian teams face a punishing schedule to end the season with six matches to be played in three weeks.