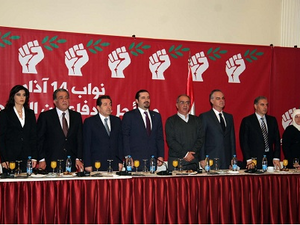 A March 14 delegation is expected to visit Riyadh soon to meet with Caretaker Prime Minister Saad Hariri there and congratulate King Abdullah on his safe return home.

Several caretaker cabinet ministers, MPs and party officials will also be on board the plane that will head to Riyadh in the coming hours, according to the newspaper.

King Abdullah returned to Saudi Arabia late last month from Morocco where he was recuperating. He flew to New York on November 22 and underwent surgery two days later for a debilitating herniated disc complicated by a haematoma.