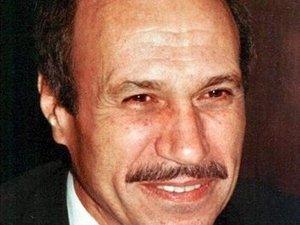 Standing in the dock and dressed in white prison clothes, Adly denied accusations of money laundering and unlawful acquisition of public money.

"It didn't happen," he said twice, in a calm tone.

Judge Al-Mohammadi Qunsua swiftly adjourned the hearing to April 2, after a heated exchange between the defense team and civil society lawyers attending the trial.

The defense had asked for more time to study the documents of the case.

Cairo's criminal court in the Tagammu Khames suburb was surrounded by heavy security and army tanks were positioned at the entrance ahead of the high profile trial.

Dozens of people had gathered outside the court complex to demand the death penalty for Adly.

"The people want the execution of the murderer," a group chanted, as others held banners depicting Adly with a noose around his neck.

Adly was arrested last month as part of a sweeping corruption investigation by the new authorities, along with several former ministers and senior members of Mubarak's National Democratic Party.

Mubarak, 82, resigned on February 11, handing power to a military council that pledged to pave the way for a free democratic system and bring to justice those found guilty of abuses.

Nationwide riots, that erupted on January 25 and led to Mubarak's ouster, saw bloody clashes between protesters and Adly's security forces.

The protests left at least 384 people dead and over 6,000 injured, while scores were detained.

A few days into the protests, police disappeared from the streets; sparking accusations that Adly had deliberately sought to sow disorder.

Adly is also being investigated for ordering the shooting of protesters and creating a security vacuum.