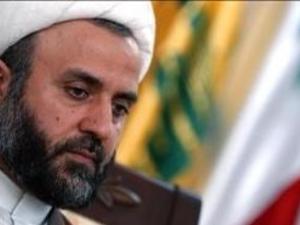 Hizbullah official in the south Sheikh Nabil Qaouq has said that Special Tribunal for Lebanon Prosecutor Daniel Bellemare’s requests for data and information on the Lebanese consolidate divisions in the country.

Qaouq said the objectives of Bellemare and the U.S. won’t be achieved after a change in the parliamentary majority that is now led by Hizbullah.

“Consequently, the resistance is now in a safer and stronger political position,” he said.

“It is by now clear that the tribunal has become a bridge to fulfill the Israeli objectives that they failed to achieve in the 2006 war” with Hizbullah, Qaouq said.

He also slammed Arab leaders for failing to stand by Lebanon in its efforts to uncover the fate of Imam Moussa al-Sadr and prosecute the Libyan regime of Moammar Gadhafi for “committing the first crime against humanity 32 years ago.”

LebanonPoliticsUnited States of AmericaIsraelLibya
Comments 0
Login to leave a comment