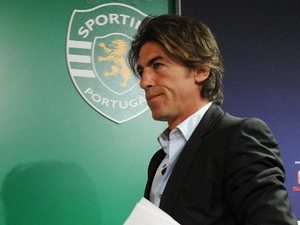 Athletic Bilbao are looking to continue their remarkable continental campaign and set up an all-Spanish Europa League final as they prepare to take on Sporting Lisbon in the semifinal first leg on Thursday.

Marcelo Bielsa's side have already beaten Paris Saint-Germain, Manchester United and Schalke 04 this season and the brand of football favored by the Argentine since his arrival at San Mames last summer has won admirers across Europe.

Now they are seen as favorites to beat Sporting and qualify for their first continental final since losing to Juventus in the UEFA Cup showpiece in 1977.

"We have plenty of experience of playing in difficult games, we have two World Cup-winners in our squad (Fernando Llorente and Javi Martinez), and we play in what is probably the best league in the world," said young midfielder Ander Iturraspe, one of those who have flourished under Bielsa's tutelage.

"But Sporting are a compact side with good attacking players and that counts for something.

"We are one of four teams left in the competition. We all have a chance of winning and it is hard to predict what will happen. But we will give our all to try and go all the way."

The first leg will be played at Sporting's Jose Alvalade stadium, where Athletic will have the backing of 3,000 travelling fans.

However, Sporting boast a fearsome home record and will be looking for an eighth consecutive European win in front of their own fans on Thursday to set themselves up for next week's return leg.

The club from the Portuguese capital have endured a difficult season domestically and currently lie in fourth place in the Portuguese Liga, 13 points behind leaders Porto.

However, since replacing the sacked Domingos Paciencia in February, Ricardo Sa Pinto has overseen six wins in eight league games and helped the Lions past English giants Manchester City on their way to the last four.

Sa Pinto played in the Sporting side that reached the final of the UEFA Cup in their own stadium in 2005, only to lose to CSKA Moscow.

If they can go all the way to the final again, they will come up against either Atletico Madrid or Valencia in Bucharest on May 9.

This is the second time in three seasons that these clubs have faced off in the competition.

In the quarterfinals of the inaugural Europa League in 2009-10, Atletico beat Valencia on away goals, advancing after Valencia were denied a blatant penalty in the second leg in Madrid for a tug on the shirt of Nikola Zigic that ripped his jersey in two.

Unai Emery's team are therefore gunning for revenge, even if a run of just one win in their last six league games suggests that they could be in better shape as they head to the Vicente Calderon.

"Now is the time for us to stand up and be counted," said Valencia's Spain left-back Jordi Alba.

"This is a different competition. We are 180 minutes away from a final and that is a great source of motivation.

"None of the fans or players that were there two years ago have forgotten what happened because it was unfair and now we want to beat them."

Atletico went on to win the trophy in 2010, beating Fulham in the final, and they are a force to be reckoned with once again under Argentine coach Cholo Simeone.

They can also count on Colombian striker Radamel Falcao, who scored the winning goal for Porto in last season's Europa League final and has 25 goals in 26 appearances in the competition.

"To win this trophy when so many people had no faith in our squad would be a great way of showing that this club can achieve things and that Atletico Madrid is a big club in Spain," said Falcao. "It would be very special to win it."