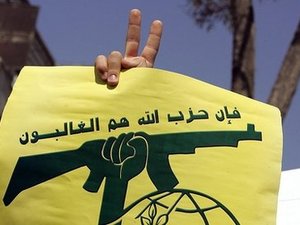 They told the pan-Arab daily Asharq al-Awsat in remarks published on Sunday: “We have known from the start that Hariri and his political team did not support the concept of resistance, but they had to accommodate for us in the past due to the reality on the ground.”

“The forces are seeking to implement the American-Israeli project of establishing a new Middle East that would be under Israeli control and where resistance movements would not exist,” they added.

Loyalty to the Resistance bloc MP Walid Sukarrieh described Hariri’s latest speech on Hizbullah’s arms as a “distortion of facts aimed at creating a divide within Lebanon and convincing a great portion of Lebanese that the Resistance’s arms are enemy weapons directed against them.”

He told the daily: “The new Hariri policy that is completely in line with the American-Zionist project is either aimed at igniting Sunni-Shiite strife or garnering support for the March 14 rally.”

“The March 14 camp’s current goal is aimed at obstructing Prime Minister-designate Najib Miqati’s mission and preventing him from forming a new government through launching violent attacks against the Resistance’s weapons and committing to the Special Tribunal for Lebanon,” he continued.

“Hizbullah is not seeking strife because it would target it and it is undertaking great efforts to prevent it,” the MP said.

The party would determine the best way to defend itself and its weapons once the indictment in the investigation into the assassination of former Prime Minister Rafik Hariri is released and “therefore, we are completely aware that Hariri and his political team are too weak to harm the Resistance or topple the new government.”

The new opposition had recently announced that it will dedicate itself during the next phase in Lebanon to confronting “all arms, including Hizbullah’s that is being directed by Tehran.”

Hariri had announced that he is “no longer prepared to protect the Resistance after it had turned its weapons against the Lebanese.”