March 14: Defense of Justice and Battle against Hizbullah’s Arms Will Be Long 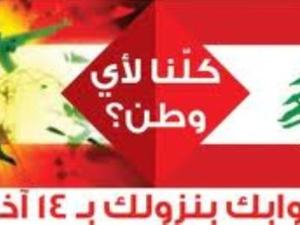 Sources present at the March 14 General Secretariat’s extraordinary meeting on Saturday revealed to the daily An Nahar in remarks on Sunday that the talks addressed several ways to develop work mechanisms and widen the political and popular participation on the basis that “the defense of justice and the battle against Hizbullah’s arms will be long.”

The gatherers also agreed to continue their talks during the general secretariat’s weekly meeting on Wednesday.

It had announced on Saturday that the mass rally on the occasion of the Cedar Revolution and in order to confront illegitimate arms will be held on March 13.

It urged March 14 supporters to participate en masse in the rally at Martyrs Square at 10:00 am to confirm the public's "commitment to Lebanon's freedom, sovereignty and democratic system."

The statement said the wide participation is aimed at confronting "illegitimate arms that are threatening Lebanon" and "defending the achievements of the Cedar Revolution which was the beginning of revolutions in the Arab world."

An Nahar daily said Saturday that a meeting that was scheduled to be held by the March 14 forces at the Bristol hotel in Beirut on Sunday was postponed to March 10.

Following the conference, the coalition is expected to release a political document that would summarize the March 14 work plan in the coming years, An Nahar added.