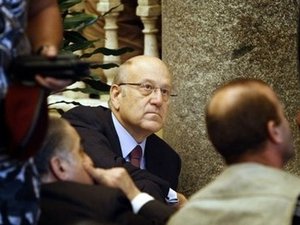 Prime Minister-designate Najib Miqati’s circles stated that there are “devious attempts” to drag him into debates and commitments prior to the formation of the new government and the establishment of its ministerial statement.

They told the daily An Nahar in remarks published on Sunday that the prime minister-designate is focusing his attention on forming a government that would appease all sides, and he is aware of efforts to divert attention away from the government to other affairs.

They added that Miqati is keen on avoiding getting involved in debates or taking sides in the political divide in Lebanon, “but he will not delay in issuing a response or clarifying a position when needed, and he has already done that on more than one occasion.”