Sfeir: Regardless of their Sect, Lebanese People Cannot Say they are Deeply Divided 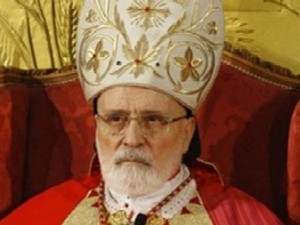 Outgoing Maronite Patriarch Nasrallah Sfeir stated on Sunday that the Lebanese people, regardless of which sect they belong to, cannot say that they are deeply divided as “they are all indebted to Lebanon.”

He stressed to MTV that Lebanon is currently better off than some Arab countries, adding that it will “always remain the safest and most peaceful nation in the region.”

The patriarchate will remain in the country’s service, especially the Maronites, he stated.

Sfeir thanked God for having been able to serve the Lebanese people, calling on them to have faith and gratitude in God.

“We have sought to treat all Lebanese fairly and equally,” he concluded.

After the interview, the patriarch headed a mass marking the 1600th jubilee of Saint Maroun’s death.