Fneish: Any Procedure Linked to STL Should be Halted in Order for New Government to Look into it 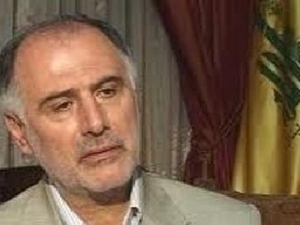 Caretaker Minister of State for Administrative Reform Mohammed Fneish stated on Sunday that Lebanon has entered a new phase and a new political equation has been introduced to it, stressing that constitutional violations and attacks against Lebanon’s sovereignty are no longer acceptable.

He added: “Intimidation, terrorization, and threats are futile because this matter is connected to the new government and any procedure linked to the Special Tribunal for Lebanon should be halted in order for the new Cabinet to look into it.”

Furthermore, he said that STL prosecutor Daniel Bellemare’s requests for the fingerprints of four million Lebanese are part of the project aimed at confronting the Resistance, which is seeking to tarnish its image in any possible means.

“Lebanon has become exposed before the entire world … These reasons demonstrate that the STL is no longer acceptable,” he continued.

Fneish also commended ministers who exercised their national role and maintained their commitments to the laws and constitution.