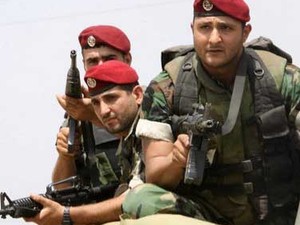 U.S. Congressman Steve Chabot, the new chairman of the U.S. House's Middle East subcommittee, has blasted the Obama administration over "its impotent response to Iran's repression of the opposition movement in 2009," Israeli daily The Jerusalem Post reported Sunday.

In an interview with the Israeli newspaper, Chabot charged that "Iran feels stronger" as a result of that reaction, arguing that such strengthening of Iran contributed to "the rise of Hizbullah in Lebanon."

He stressed that the U.S. administration should stop aiding the Lebanese army since "a Hizbullah-backed Lebanese government … is currently being formed in Beirut," The Jerusalem Post said.