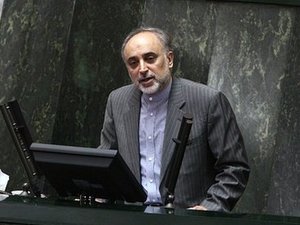 Iranian Foreign Minister Ali Akbar Salehi reiterated that Tehran backed an inter-Lebanese agreement to solve the country’s political crisis and stressed that Premier-designate Najib Miqati’s cabinet would not be one-sided.

“We support any agreement that the Lebanese achieve” among themselves, Salehi told al-Akhbar daily in an interview published Monday.

“Lebanon cannot be one-sided,” he said in response to a question on the March 14 alliance’s rejection to participate in the new government. “There is the resistance, Mr. Miqati, Mr. (Walid) Jumblat and Michel Aoun. Do you consider those from a single side?” the minister wondered.

“Only March 14 got out” of the cabinet, Salehi told the newspaper, but hoped that the alliance would have been part of Miqati’s government.

Asked what step Tehran would take if the Special Tribunal for Lebanon accused Iranian figures of involvement in ex-Premier Rafik Hariri’s assassination, the foreign minister said: “We don’t give the international tribunal any consideration.”

He told al-Akhbar that accusations against Syria and then Hizbullah of involvement in the Feb. 2005 murder were all lies.