OPEC to Discuss Impact of Libyan Unrest on Oil 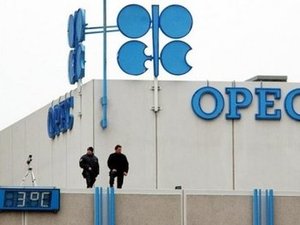 Members of the Organization of the Petroleum Exporting Countries are holding consultations over the oil market in light of the Libyan turmoil, the Kuwaiti oil minister said on Tuesday.

"We are in consultation but have not yet decided which direction," we are heading, Sheikh Ahmad Abdullah al-Sabah told reporters when asked if OPEC was discussing whether to raise crude production.

He also denied that Kuwait, OPEC's fifth largest producer, has increased production. "We did not increase," he said.

In Asian trade on Tuesday, New York crude prices fell below $105 as the United States refused to rule out tapping its oil reserves to ameliorate the impact of high oil prices.