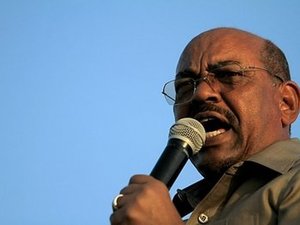 Bashir, who is wanted by the International Criminal Court, met with Field Marshal Hussein Tantawi, who heads the country's ruling military council.

The two discussed "ways to strengthen the political and economic relationship between both countries, and the development in the region," where protests have been raging demanding political change, MENA said.

Egypt, which is not a signatory to the ICC, has been a key ally for the Sudanese president, who has visited the country numerous times since he was indicted by the ICC for alleged war crimes and crimes against humanity in Darfur in March 2009. He has since been charged with genocide.

Despite his cordial relationship with former president Hosni Mubarak, Bashir was quick to congratulate the Egyptian people when they ousted their veteran leader last month, hailing the "triumph" of their revolution.