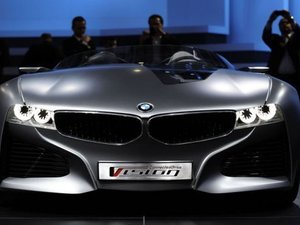 BMW "is currently doing exceptionally well from the recovery of the car markets in many regions of the world," sales director Ian Robertson said in a statement.

Sales of BMW brand cars rose 21.9 percent to 95,423 and the group's Mini and Rolls-Royce marques posted strong gains as well.

The Americas rose 14.7 percent and deliveries in emerging economies such as South Korea, India and Brazil were much stronger too.

Meanwhile, sales by Audi, a division of Volkswagen, jumped 20.6 percent in February to 91,450 and showed a gain of 21.6 percent for the first two months of the year, the manufacturer said Monday.

"Audi is on its way to achieving the most successful first quarter in its history in terms of sales," marketing director Peter Schwarzenbauer said in a statement.

China is Audi's biggest market, followed closely by Germany and the United States, with all three reporting gains of more than 20 percent in February.

A VW spokeswoman told Agence France Presse Wednesday that sales for the entire group were up an annual 11.2 percent in February at 339,500 vehicles but they fell 19 percent from January.

Asian sales were the strongest, while those for North and South America were "satisfactory," a VW statement said.

It was the 16th month running of double-digit gains, the group said.

"We expect sales to grow significantly in the first quarter, putting us on track to achieve a new sales record in 2011," sales director Joachim Schmidt said.