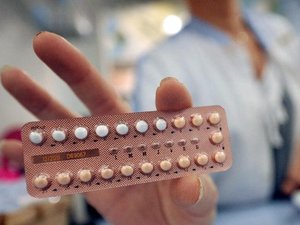 More U.S. teenagers are postponing sex than in 1995, and hormonal contraceptive use is up among those who are sexually active, said U.S. health authorities on Thursday.

However, disparities in safe sex practices remain, with white teenagers more likely to regularly use contraception than African-Americans or Hispanics, said the report by the Centers for Disease Control and Prevention.

The data came from the National Survey of Family Growth collected for 1995, 2002, and the period of 2006-2010, described as a nationally representative survey.

Over the period 2006-2010, 57 percent of teenage girls aged 15-19 years had never had vaginal intercourse, an increase from 49 percent in 1995, said the CDC's Morbidity and Mortality Weekly report.

"The proportion of female teens who never have had sex is now comparable across racial/ethnic groups," it said.

About 60 percent of sexually experienced teens said they were currently using hormonal birth control such as the Pill, the intrauterine device (IUD) or injections, an increase from 47 percent in 1995.

Such contraceptive use was highest among whites (66 percent) and lowest among blacks (46 percent). Among sexually active Hispanic teenagers, 54 percent reported using a hormonal birth control method.

Condoms were deemed a moderately effective birth control method and were second in popularity among sexually active teenagers, having fallen steadily since 1995.

However, during 2006-2010 period, "only about half (49 percent) of female teens who used a condom for contraception reported consistent use in the past month," the CDC said.

About 20 percent of teens having sex reported using no method of birth control at all, a level that has remained about the same since 1995.

However, the CDC warned that the U.S. teen birth rate remains higher than in other developed countries, and urged communities to provide sex education and connect teenagers to reproductive health services.