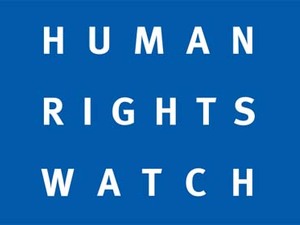 A rights group on Thursday urged Lebanese authorities to probe the disappearance of three Syrian brothers, one of whom was detained while distributing flyers calling for democratic change in Syria.

Human Rights Watch said in a statement that Jassem Merhi Jassem was picked up by military intelligence agents in Beirut along with five other members of his family on February 23 and 24 after they were seen handing out the flyers.

Jassem disappeared in the early hours of February 25 along with two of his brothers who had gone to pick him up from a police station in Baabda.

It is feared the three brothers were kidnapped once they left the police station and forcibly transferred back to Syria.

"We fear that Lebanon may be back to doing Syria's dirty job of shutting up its critics," said Nadim Houry, Beirut office director of Human Rights Watch.

"Lebanon's judiciary should open an independent inquiry into why the Syrian men were detained in the first place and the murky events surrounding the disappearance of Jassem Merhi Jassem and his two brothers."

A Lebanese security official told Agence France Presse a probe was underway and it was feared the three men had been kidnapped on their release from the police station.

The other five men initially detained with Jassem, including another one of his brothers, were released a few hours after their detention but were summoned back to military intelligence.

Four of them are currently being held in Roumieh prison pending unspecified charges.

The brother, Ahmad Jassem, failed to answer the summons and his whereabouts are unknown.