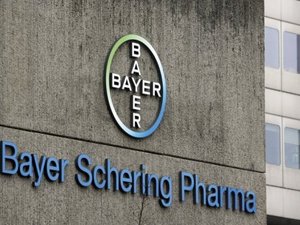 German pharmaceutical giant Bayer AG has challenged a ground-breaking Indian ruling that allowed a local firm to produce a vastly cheaper copy of its patented drug for kidney and liver cancer.

India's patents chief ruled in March the price Bayer charged for the drug, Nexavar, was "exorbitant" and ordered the firm to give a so-called "compulsory license" to make the medicine to Indian company Natco Pharma.

"We will rigorously continue to defend our intellectual property rights which are a prerequisite for bringing innovative medicines to patients," Bayer spokesman Aloke Pradhan told Agence France Presse in an emailed statement on Saturday.

It was not immediately known when the appeal, filed with the country's Intellectual Property Appellate Board on Friday, would be heard.

Drug firms insist they need patent protection for medicines to recoup costs of long years of research and development.

The Indian ruling in March marked the first time a so-called "compulsory license" for production of a patented drug had been granted in the country of 1.2 billion, known as a global generics drug powerhouse.

India has long been a key provider of cheap generic medicines to the developing world as it did not issue drug patents until 2005, when it was obliged to adhere to WTO intellectual property regulations.

But after a new patent law was introduced in 2005, newer medicines are increasingly being patented in India, keeping prices high.

Patent controller P.H. Kurian granted the right to Natco to produce the drug after concluding Bayer's pricing made it "out of reach" of most Indian patients.

Experts have said the Indian ruling could pave the way for a rush of other "compulsory license" applications in India and in other poor nations, allowing access to patented life-saving drugs at a fraction of the cost.

Hello
This person looks great. He seems to be a good sportsperson. I like your blog as it is on sports.