Medical Tourism on the Rise 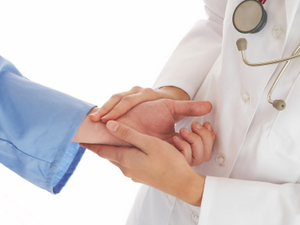 From liposuction in Athens to an eye operation in Dubai, the lucrative market in medical tourism is on the up, tempting ever more countries to look for ways to profit from foreign patient care.

"Everyone wants their share of the pie," Sanjiv Malik, director of DM Healthcare, a Dubai-based network of hospitals, said at a recent conference on medical tourism attended by more than 300 professionals here.

The "pie" is getting bigger. Nearly three million patients go abroad for medical treatment every year.

The flows of medical tourists looking for cheaper and often quicker treatment than they can receive at home are traditionally well defined.

Mexico draws U.S. patients, while Thailand, India or Malaysia are the key destinations for Asians, and Hungarian dental care tends to be highly sought-after generally.

Germany draws wealthy Russians as well as nationals from the Gulf; well-off Africans go to France for medical care while residents of Latin America go to the U.S. city of Miami.

Keith Pollard, of the specialist internet site Treatment Abroad, said that, generally speaking, "medical tourism is not global, it's regional".

However a growing number of countries and hospitals are aiming to turn it global.

In Turkey "the government has taken the initiative to be one of the players" in a market which until now was dominated by the private sector, said Emin Cakmak, head of the Turkish medical tourism committee.

It has launched a demolition program of old hospitals replacing them with facilities mostly destined for foreigners, likely to be patients from Arab and Gulf states.

Dubai, keen to attract custom from neighboring countries, has its own "medical zone".

"Dubai was traditionally a country which sent patients (abroad), now it wants to host them," Enric Mayolas, who manages the Barcelona Centro Medico which seeks to draw in foreign patients for about 20 hospitals in the Spanish city, said.

But Pollard warned that Dubai's chances of success could be limited, identifying a problem that was common to other small countries wanting to become medical tourism destinations.

"Lots of Arab patients travel to Germany or the UK. Why? Because Germany has an 80 million population, doctors can practice, do research and get grants," he said.

Christian Ott-Sessay, of the German hospital group, Vivantes, acknowledges that competition is stiff.

"But the market is so big that it's not competition at the expense of each other," he said.

Vivantes is in the throes of equipping some of its Berlin clinics with "comfort rooms" for foreign patients with hotel staff to take care of their non-medical needs.

Berlin has also set up a hotline for visiting patients and especially their families to help them quickly organize non-medical tourism activities such as a shopping trip or visit to a museum.

"Many people will come from Asia because they also want to see the Acropolis," George Soras, of Hygeia's marketing service, said.

He also said that prices were 70 percent lower than the rest of the EU or U.S. for cosmetic surgery or artificial limbs.

However, the sector faces a raft of potential problems and risks.

Complications, ethical questions and the confidentiality of data all have to be taken into consideration, Malik said.

Pollard also acknowledged that "the aftercare is lacking".

"We have to fix that if we want medical travel to grow," he warned.