Study: 1 In 6 Cancers are Caused by Infections 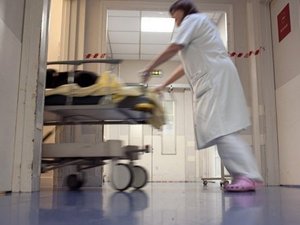 This amounted to about one in six of the 12.7 million new cancer cases reported in 2008, said the report in The Lancet Oncology journal.

"Application of existing public health methods for infection prevention, such as vaccination, safer injection practice or antimicrobial treatments, could have a substantial effect on the future burden of cancer worldwide," said the report by the International Agency for Research on Cancer in Lyon, France.

Four infections, hepatitis B and C, human papillomavirus (HPV) and the Helicobacter pylori stomach bacteria, accounted for the bulk of the cases, some 1.9 million -- mostly gastric, liver and cervical cancers.

Infection-related cancers accounted for 3.3 percent of new cases in Australia and New Zealand, but 32.7 percent in sub-Saharan Africa, said the report, based on a study of 27 cancer types in 184 countries.

Cervical cancer accounted for half the infection-related cancers in women, and liver and gastric cancers for 80 percent of cases in men.

"Around 30 percent of infection-attributable cases occur in people younger than 50 years," said the report.