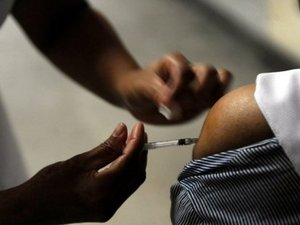 Canadian researchers have found more clues that may help lead to the creation of a universal vaccine against the seasonal flu, according to a study published on Tuesday.

Researchers discovered that the vaccine given against "swine flu," or the 2009 H1N1 variety, triggered a series of antibodies that protect against many other types of flu, including the highly lethal H5N1 bird flu strain.

The reason why these broadly protective antibodies are effective is they bind to the stem of a flu protein called hemagglutinin (HA) instead of the head of the same protein like most flu vaccines do, said lead researcher John Schrader.

"Current flu vaccines target the head of the HA to prevent infections, but because the flu virus mutates very quickly, this part of the HA changes rapidly, hence the need for different vaccines every flu season," said Schrader, director of the University of British Columbia's Biomedical Research Centre.

"Rather than attacking the variable head of the HA, the antibodies attacked the stem of the HA, neutralizing the flu virus," he said.

The research is published in the journal Frontiers in Immunology.

Last year, U.S. researchers reported in the Journal of Experimental Medicine that people who recovered from the 2009 H1N1 "swine flu" pandemic developed unusual antibodies that protect against a variety of different flu strains.

The research was based on nine patients who fell ill in 2010, and found antibodies that when tested in mice could protect against a lethal dose of at least three other strains of flu, including bird flu.

That finding also boosted hope for a universal vaccine against a series of strains that have existed for decades.

First detected in the United States and Mexico in 2009, swine flu was unusual because it was particularly dangerous for young people and pregnant women, unlike most other strains of flu which tend to be more lethal in older populations.