Niger Is Worst Place to Be Mother 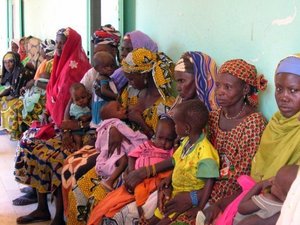 The African nation of Niger has ousted Afghanistan as the worst place in the world to be a mother, largely due to hunger, according to an annual report out Tuesday by Save the Children.

In contrast, Norway is the best according to the group's "Best and Worst Places to Be a Mom" ranking which compares 165 countries in terms of maternal health, education, economic status and children's health and nutrition.

The report, which this year focuses on nutrition particularly from the time a woman gets pregnant until the child is two, said that malnutrition is an underlying cause of 2.6 million child deaths worldwide each year.

"Millions more children survive, but suffer lifelong physical and cognitive impairments because they did not get the nutrients they needed early in their lives when their growing bodies and minds were most vulnerable," it said.

After Niger, the next worst countries were listed as Afghanistan -- which held the lowest spot for two years -- Yemen, Guinea-Bissau, Mali, Eritrea, Chad, Sudan, South Sudan and the Democratic Republic of Congo.

"Of the 10 countries at the bottom of Save the Children's annual index, seven are in the midst of a food crisis," it said.

"Niger, in bottom place, is currently in the grip of a worsening hunger situation, threatening the lives of a million children."

The United States ranked 25th, up from last year's 31st place but still below most wealthy nations.

"A woman in the US is more than seven times as likely to die of a pregnancy-related cause in her lifetime than a woman in Italy or Ireland," said Carolyn Miles, president and chief executive officer of Save the Children.

"When it comes to the number of children enrolled in preschools or the political status of women, the United States also places in the bottom 10 countries of the developed world."

Supporting mothers to breastfeed could save one million children's lives a year, according to the report which added that fewer than 40% of all infants in developing countries are exclusively breastfed.

The group urged the Group of Eight nations with the world's largest economies to deliver "bold commitments to tackle the global hidden crisis of chronic malnutrition," and called on all governments to make the fight against malnutrition a priority.