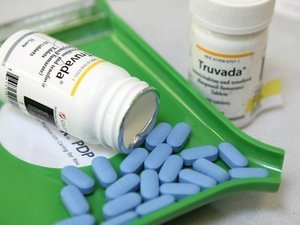 U.S. health advisers on Thursday urged regulators to approve Truvada, made by Gilead Sciences, as the first preventive pill against HIV/AIDS instead of just a treatment for infected people.

The favorable vote came after clinical trials showed Truvada could lower the risk of HIV in gay men by 44 to 73 percent, and was hailed by some AIDS advocates as a potent new tool against human immunodeficiency virus.

However, many concerns were raised during a marathon 11-hour panel meeting in which about three dozen health care providers warned that the pill could boost risky behaviors and possibly lead to a drug-resistant strain of HIV.

The Food and Drug Administration is not bound by the recommendations of its expert panel, but usually follows the advice. A final decision by the FDA is expected by June 15.

Mitchell Warren, executive director of HIV prevention group AVAC, said after the vote that pre-exposure prophylaxis (PrEP), or the method of taking a drug ahead of potential exposure to HIV, "while not a panacea, will be an essential additional part to the world's success in ending AIDS."

"For the millions of men and women who remain at risk for HIV worldwide, each new HIV prevention option offers additional hope," he added.

The drug, made by the California-based Gilead Sciences, is currently available as a treatment for people with HIV in combination with other anti-retroviral drugs, and received FDA approval in 2004.

The panel's nod came in response to the pharmaceutical company's request for a supplemental new drug application to market it for prevention purposes.

The Antiviral Drugs Advisory Committee voted for the drug as a preventive measure for three groups: 19-3 in favor for men who have sex with men, 19-2 with one abstention for couples in which a partner is HIV positive and 12-8 with two abstentions for other at-risk groups.

Gay men account for more than half of the 56,000 new HIV cases in the United States each year, according to the Centers for Disease Control and Prevention (CDC).

But critics noted that the pill is costly -- up to $14,000 per year -- and could offer a false sense of protection, leading to a spike in unsafe sex and a new surge in AIDS cases.

"We need to slow down. I care too much about my community not to speak my concerns," said Joey Terrill, advocacy manager at the AIDS Healthcare Foundation, which campaigned against the drug's approval for PrEP.

There also remains some controversy about who would benefit from the treatment, as trials in women have shown feeble results, possibly due to poor adherence to the regimen.

"I am concerned about the potential for development of resistance," said Roxanne Cox-Iyamu, a doctor who spoke at the panel's meeting.

"I am concerned as a black woman that we don't have enough data that this actually works in women."

Nurse Karen Haughey said Truvada will not work because "it is not in our nature to always do as human beings what we are told 100 percent of the time."

She also said Truvada's main side effects -- diarrhea and risk of kidney failure -- were a major deterrent.

The main set of data considered came from the iPrEx HIV Prevention Study, carried out from July 2007 to December 2009 in six countries -- Brazil, Ecuador, Peru, South Africa, Thailand and the United States.

The study was conducted among 2,499 men who were sexually active with other men but were not infected with the virus that causes AIDS.

Participants were selected at random to take a daily dose of Truvada -- a combination of 200 milligrams of emtricitabine and 300 milligrams of tenofovir disoproxil fumarate -- or a placebo.

After publication in 2010 in the New England Journal of Medicine, some experts hailed the results as game-changing and the first demonstration that an already-approved oral drug could decrease the likelihood of HIV infections.

Joseph McGowan, medical director of the Center for AIDS Research and Treatment at North Shore University Hospital in New York, said the CDC was expected to soon issue guidance for health professionals who may prescribe the drug.

"I don't see it as something that would be useful to the general public but to certain people who are particularly high risk, there may be some benefit," he said.