New Obesity Drug Gets Thumbs Up from U.S. Panel 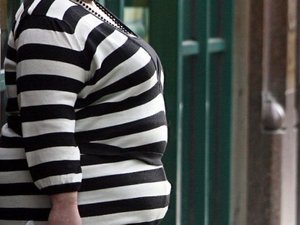 A panel of experts on Thursday urged U.S. regulators to approve what could be the first new anti-obesity drug on the market in more than a decade -- Lorcaserin, made by Arena Pharmaceuticals.

The committee voted 18-4 in favor of the drug, which works to control the appetite through receptors in the brain, after trial data showed it helped nearly half of patients studied lose up to five percent of their body weight.

The Food and Drug Administration is scheduled to decide June 27 whether or not to approve the drug. The U.S. regulator does not have to follow the advice of its advisory panel, though it often does.

In February, FDA advisors also urged the approval of Qnexa, made by California-based Vivus. The FDA is to decide on that drug in mid-July.

Lorcaserin was rejected in 2010 by the Endocrinologic and Metabolic Drugs Advisory Committee, which advises the FDA, over concerns that it formed breast tumors in rats.

However, those effects did not appear in trials on overweight and obese humans, and the panel's latest vote showed strong support that its benefits outweigh the risks.

"The advisory committee's positive vote supports our belief in Lorcaserin as a potential new treatment option for the medical management of overweight and obesity," said Jack Lief, Arena's president and chief executive officer.

"We will continue to work with the FDA as the agency completes its review of the lorcaserin new drug application."

Among those taking a 10 milligram dose of Lorcaserin, the most common adverse events were headache, dizziness, nausea, fatigue and dry mouth.

"It is not very impressive, the weight loss, but it is better than a placebo," said Michael Aziz, an internist at Lenox Hill Hospital in New York City.

"However, when people stop the drug they gain the weight back."

About two thirds of U.S. adults are overweight or obese, according to the U.S. Centers for Disease Control and Prevention.

"There is a need for a drug that can address the obesity issue. But we are really not covering the root of the problem which is lifestyle changes and eating right. Many people are just looking for a quick fix," added Aziz.

U.S. patients looking for a pill-based solution currently have little to choose from when it comes to weight loss drugs.

One drug, known as Xenical (Orlistat) by Roche and over the counter as Alli by GlaxoSmithKline, works by preventing the body from absorbing fat, though its tendency to cause gastrointestinal side effects such as oily, loose stools have curbed its popularity among patients.

Xenical was approved in the United States in 1999.

Phentermine, approved in 1959, is also on the market for controlling appetite, and makes up one of the two key ingredients in Qnexa. The other is topiramate, an anti-convulsant that can be used in conjunction with other drugs for weight loss.

Some doctors already prescribe the combination as an off-label use for helping patients manage their weight.

Studies have shown dieters could lose up to 10 percent of their weight when taking Qnexa, along with regular exercise and following a healthy diet.

"We really don't have anything left except phentermine," said Jacob Warman, Chief of Endocrinology at The Brooklyn Hospital Center.

"There's Alli, that fat blocker but there are so many side effects that we really don't use it," he added.

"So basically, we really do need a drug that causes weight loss and the FDA the last few years has been very tough in denying applications, many because of cardiac risks."

If Lorcaserin is approved, an Arena spokeswoman said the Japanese pharmaceutical company Eisai has a U.S. division with exclusive rights to commercialize Lorcaserin in the United States.